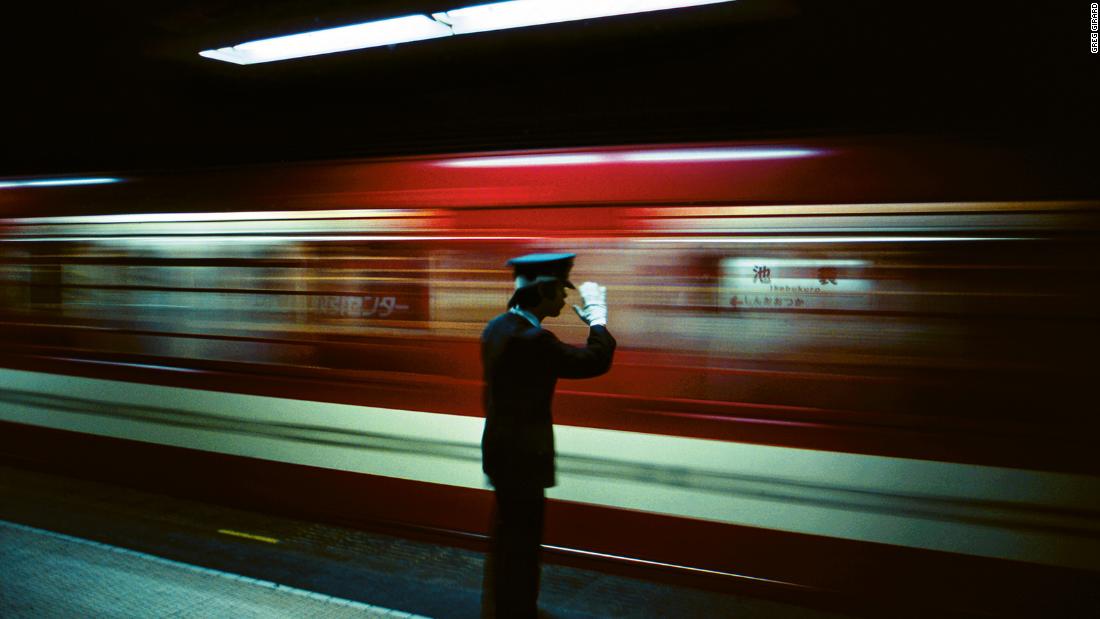 When celebrated photographer Greg Girard landed in Tokyo in April 1976, he expected to spend only a few days in the Japanese capital. Then a “broke traveler” in his early 20s, he headed to more affordable destinations in Southeast Asia.

He left his luggage at Haneda Airport and spent his first night in Tokyo with nowhere to sleep, camera in hand, roaming the streets of the bustling Shinjuku district.

“I was just blown away by how everything looked because it was never shown in the West, in this modern city,” Girard recalled in a video interview, noting that his arrival predates movies like Blade Runner and ’90s pop culture took place introduced the Western mainstream audience to Asian metropolises.

“In the end, I pretty much decided that first night that I was going to stay,” he said.

What started as a whim grew into a four-year stint, with Girard teaching English by day and photographing Tokyo by night. He rented an apartment and a small darkroom nearby where he would develop his images.

He didn’t know it at the time, but these images captured the boom years before Japan’s infamous economic bubble burst in the 1990s. With the yen rising, a sharp increase in market speculation would eventually lead to a financial crisis. But before that, Girard said, there was a palpable sense of emerging prosperity — one that was woven through his imagery of consumer electronics, office towers, and busy intersections.

“This was the time of Japan’s rise before the rest of the world really knew what was happening,” said the Canadian photographer, who published a selection of his vintage photos in the new book JAL 76 88, adding, “It was a time of genuine optimism and a dynamic way of growing Japan as a place that was beginning to be treated as equal (to the West).”

light in the shadow

During his nocturnal wanderings, Girard became fascinated not only with Japan’s rapidly expanding economy, but also with what happened there after hours. Many of the book’s images hint at the country’s darker underbelly: posters of naked women, entrances to seedy nightclubs, and empty hotel rooms that make the viewer wonder what might have been going on inside them.

“There was this disconnect between the practicality of running Japan Inc – making sure people get to bed early – and the release mechanism of staying out all night if you wanted to,” said the photographer. “Both things happened at the same time.

“Trains would stop at midnight, so there was a whole subculture about what to do between the last train to stop and the first train (next morning),” he continued. “There were arcades and all-night cafes where people would park in front of an expensive coffee and nobody would bother you for sleeping in a cubicle all night – that’s kind of what they were there for.”

The interior of a hotel room in Nara, Japan. Recognition: Greg Girard

Girard’s once-futuristic images shine in vibrant greens, pinks, and blues, colors saturated through his use of long-exposure settings. The photographer poured light into his lens, illuminating what was in shadow. He often used a tripod to stabilize his shots and focused on where the light was falling, not where it was coming from, painting Japan’s cities in a neon light rather than emitting one.

“It felt right to break away from the neon sign cliche,” he said, “and see where the light landed, whether it was on people, buildings, cars, puddles, whatever.”

A career in pictures

The title of Girard’s new book, “JAL 76 88,” combines the Japan Airlines callsign with the years between which the photos were taken (he also included images of missions that took him to Japan in the late 1980s after he had moved to Hong Kong). There are also dozens of daily images, as well as a selection of black and white photos. Girard often carried two cameras – one with black and white film and the other with color – at the same time.

But for all the vibrancy captured in the photos, some of his most compelling images are devoid of human activity, whether it’s abandoned construction sites or empty corridors lit by street lamps. As he became acquainted with Tokyo, Girard used photography as an excuse to explore quieter areas he might not otherwise have visited.

“The alleyways and streets just off the entertainment districts or the ordinary neighborhoods — they also had a life of their own,” he said. “I wandered around just checking out the waterfront lanes before it became a popular part of town. No matter where you live, taking pictures is a way to make it your own.”

Girard’s experiences also helped hone his camera skills and set the stage for a successful photography career. Experimenting with long exposures and different types of film is something he “started to consciously explore and do well technically” in those years, he said, adding, “So that was that learning process too.”

In the decades since leaving Japan, he has photographed for magazines such as National Geographic and TIME and published books on a number of Asian cities including Hanoi, Okinawa and Shanghai. He is perhaps best known for his images of the now-ruined Kowloon Walled City, an almost entirely lawless, mob-controlled Hong Kong enclave that once housed about 50,000 residents in just 15 acres.

Looking back, Girard says his photos from Japan are a kind of diary of his youth. But although he spent his nights in the city, he always maintained a certain distance from the nightlife he documented. His focus has always been on photography itself.

“I didn’t go to bars to drink or to party — at least back then,” he said. “I did almost everything just to take pictures.”