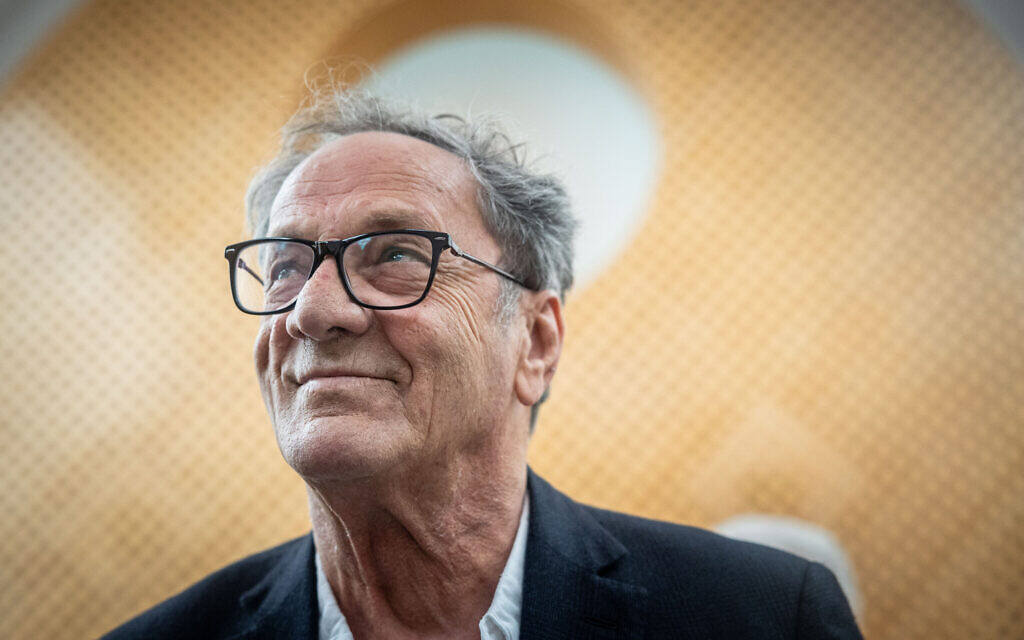 The Supreme Court on Wednesday issued a final ruling banning the screening of the controversial 2002 documentary Jenin, Jenin and dismissed an appeal by the film’s director, ordering him to pay damages to an IDF officer for defamation.

The widely discredited film is known for falsely claiming that Israeli forces massacred civilians in the West Bank city of Jenin during the Operation Defensive Shield military campaign at the height of the Second Intifada.

Lt. Col. (res.) Nissim Magnagi filed his lawsuit against filmmaker Mohammad Bakri in November 2016, demanding NIS 2.6 million (US$820,000) in damages and an end to the screening of the documentary.

The court ruled that Bakri had slandered Magnagi and held him responsible for showing the defamatory film four times in Israel between 2010 and 2012 and for its distribution on YouTube.

Wednesday’s decision dismissed Bakri’s appeal against the previous verdict. Judge Yitzhak Amit said the documentary “contains lies and fiction that defames IDF soldiers, the verdict has already been rendered and the Supreme Court has repeatedly said in a sure and clear voice that the film ‘Jenin, Jenin ‘ is a scam.”

The 2016 case was the second defamation lawsuit against Bakri for the film.

Navot Tel-Zur, Magnagi’s attorney, said that he and his client “received the Supreme Court ruling with great satisfaction and emotion, bringing justice to IDF soldiers and the families of the victims.”

During the 11-day battle in Jenin in April 2002, 52 Palestinians were killed by Israeli forces. The majority of them – according to Human Rights Watch 27; 48 were combatants according to the IDF. 23 Israeli soldiers were killed in the fighting.

Jenin was central to the training and deployment of Palestinian suicide bombers in the Second Intifada that were responsible for the deaths of hundreds of Israelis, and IDF forces had been deployed to the area to counter what Israel called the “infrastructure.” of terror” .

Rumors of a massacre had spread after the military decided to cut all outside connections to Jenin during the fighting, prompting Bakri to enter the city with a film crew to interview residents. The rumours, which were widely circulated internationally and reported prominently, were unfounded.

Shortly after its release in 2002, five IDF reservists sued Bakri for defamation, arguing that the film portrayed them as war criminals.

After a protracted legal battle, the Supreme Court dismissed the reservists’ case in 2011. The judges found that although the documentary was “indeed full of things that were not true” and defamed the IDF, the plaintiffs were not specifically named in the film and therefore could not claim that they were personally defamed.

However, in the most recent case, Magnagi appeared in the documentation and as a result had legal basis for a defamation lawsuit.

In the relevant part of the documentary, an elderly Palestinian describes how troops threatened his life. The film then cuts to footage of three IDF soldiers walking alongside a jeep – including Magnagi, according to the suit – as the older man says: “[The soldier] told me, ‘You either shut up or I’ll kill you.'”

Magnagi argued in his lawsuit against Bakri that his “reputation has been damaged, his honor destroyed and his identity as a moral and ethical soldier damaged”. 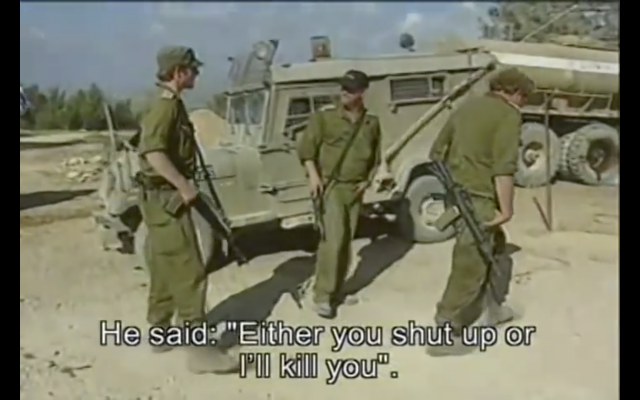 Lt. Col. (res.) Nissim Magnagi and two other Israeli soldiers are seen in the 2002 film “Jenin, Jenin” walking beside a jeep that falsely claimed that Israeli soldiers had a shield during Operation Defense Shield Massacre committed in the West Bank city in April 2002. (Screenshot: use according to § 27a UrhG)

In his lawsuit, Magnagi noted that he would donate most of the money to veterans of Operation 2002 Jenin and the families of killed soldiers.

Immediately upon its release, the 53-minute film drew harsh criticism for what many — including the Supreme Court — saw as egregious violations of documentary and journalistic ethics.

In particular, Bakri was found to have used misleading cuts in the film to suggest intentional civilian deaths that never happened, particularly in a scene where an armored personnel carrier – incorrectly referred to as a tank in the film – appears as if it was rolled over several Palestinian prisoners who were lying on the ground, but did not do so, as the warden later admitted in court.

The filmmaker also mistranslated the subtitles into Arabic to include words like “genocide” and “massacre” that were never actually said in interviews. Also, no Israeli officials were interviewed for the film to present an opposing point of view.

Over the years, Barki’s attorney for the original Supreme Court case, Avigdor Feldman, has claimed that his client did not attempt to provide a factual account of the “Battle of Jenin,” merely showing the Palestinian narrative, regardless of its own Accuracy. In media interviews, the lawyer said this is shown by the fact that the documentary has no voiceover and consists only of interviews.

I came to The Times of Israel after many years of reporting on US and Israeli politics for Hebrew news outlets.

I believe responsible reporting on Israeli politicians means presenting a 360-degree view of their words and actions – conveying not only what is happening, but also what it means in the broader context of Israeli society and the region.

This is difficult because you can rarely take politicians at face value – you have to make the effort to present the full context and try to overcome your own prejudices.

I am proud of our work, which tells the story of Israeli politics straight forward and comprehensive. I believe Israel is stronger and more democratic when professional journalists do this hard work well.

Your support of our work by joining The Times of Israel Community helps ensure we can continue to do so.

Many Thanks,
Tal Schneider, political correspondent

You are an engaged reader

We are very pleased that you have read X Times of Israel article Last month.

That’s why we launched the Times of Israel ten years ago, to provide discerning readers like you with essential coverage of Israel and the Jewish world.

So now we have a request. Unlike other news agencies, we have not set up a paywall. However, as the journalism we do is expensive, we invite readers who have found The Times of Israel important to support our work by joining The Times of Israel Community.

Many Thanks,
David Horovitz, founding editor of the Times of Israel