The Fujifilm Instax mini EVO is a combination of digital camera, conventional Instax printer and photo printer for smartphone photos in one.

Author’s note: While Fujifilm borrowed petapixels this camera for review, this story is not sponsored and reflects my opinion of the camera with no intervention from Fujifilm. In addition to this review, my video above includes more thoughts on this camera and its unique features.

The main function of the mini EVO is to print images of the company’s Instax mini film. You can think of the camera as an Instax printer in disguise or as an Instax camera that has entered the digital world.

The Fujifilm Instax mini EVO shares many similarities with the company’s X100 range; In fact, it looks pretty much like a mashup between the X100 and a Fisher Price camera. Made of plastic, the camera is lightweight but a bit too big to fit in most bags; it barely fits into one of my jeans which is a bit stretchy but fits nicely in a jacket pocket. A camera strap is included, but that doesn’t feel like the kind of camera you hang around your neck.

The camera costs $200, and you get a creative device where the whole is greater than the sum of its parts. Digital camera capabilities are limited in resolution, prints are in the smaller Instax mini format, and images printed from a smartphone are output at a lower resolution than photos taken with the camera. 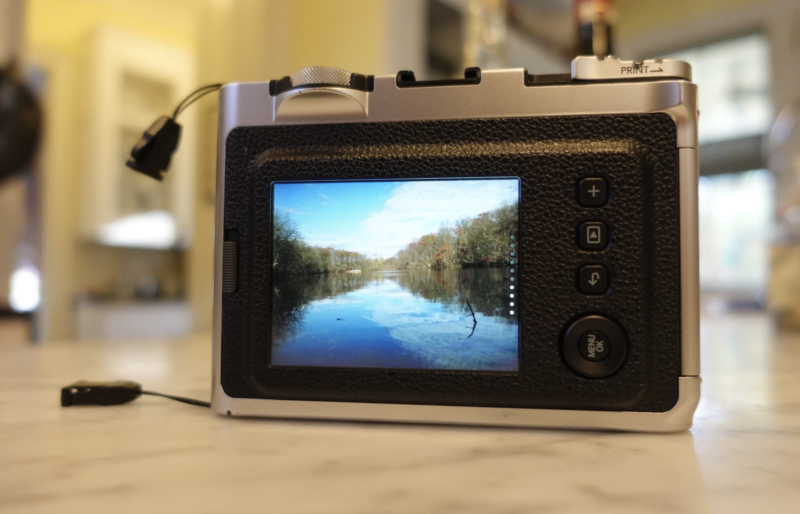 However, having all these features available in a single, attractive and fun camera body led me to take hundreds of photos with it and even left my smartphone at home on a few trips around town to play with this camera more.

Inside the Mini, EVO is a 5-megapixel, 1/5-type CMOS sensor that’s not particularly high-resolution by design, but at the same time doesn’t feel like a toy. The Instax mini EVO is a beautiful combination of creativity and versatility. The lens is a 35mm fixed aperture lens with an f/2.8 aperture. Both the shutter speed and ISO are set automatically and, as you’d expect, the camera performs much better in bright light than in low light.

There are 10 “looks” controlled by a top-mounted dial and 10 “lenses” held by the fake aperture ring on the front. In reality, these are all effects, but the analog way of selecting these creative tools makes it feel like you’re using different film stocks and lenses, rather than just programming in one take.

I didn’t expect to review this camera, nor did I expect to be so in love with it. PetaPixels is in the process of testing Fujifilm’s Instax Square Link smartphone printer and during these tests I was comparing the larger square format prints to the minifilm and so I asked Fujifilm to send us an Instax mini EVO for comparison .

Of course, the oversized prints are much nicer from a higher-resolution device, and there are smart features in the standalone printer, like a QR code addition to view notes and effects. But of course the printer requires a smartphone, while the mini EVO is self-contained.

Why this camera attracts me

Years ago I owned a coffee shop and we used an analogue Instax camera to take photos of our customers and put the prints on the wall. We had hundreds of paintings in an ever-growing art exhibition in the shop and people loved seeing themselves as part of the shop. But it always bothered me that I couldn’t give clients a hard copy to take home and that I couldn’t post on Instagram or social media without taking the photo.

Maybe that’s why I’m so drawn to this camera. The combination of physical and digital output solves these problems.

My friend Eric has a two year old and I saw her when I was testing the camera. I took a picture of him with his son and gave them the print which his son immediately started playing with.

When the film was finally developed, his son looked at it and said, “Baby!”

The chances of the picture getting into the hands of a toddler home are very slim, but I was also able to send them a copy of the photo I took of them.

Everyone I’ve given prints to was surprised when the film came out of the camera and happily took a picture. The owner of our local deli put a snap I took of her on the wall and was excited to receive it.

I particularly like the Monochrome preset, which has the signature Fujifilm look, and the Vivid preset also has a signature Fujifilm feel. The normal mode looks a bit washed out, especially in strong sunlight. The camera tends to overexpose, but there is an exposure compensation setting in the menus.

For the most part, the Mini-EVO’s printouts are clear and rich, although sometimes the printouts appear blown out or muddy. Usually this is a case of challenging lighting, but sometimes I’m not sure why a print came out so clear or so blurry. That too is part of the charm. 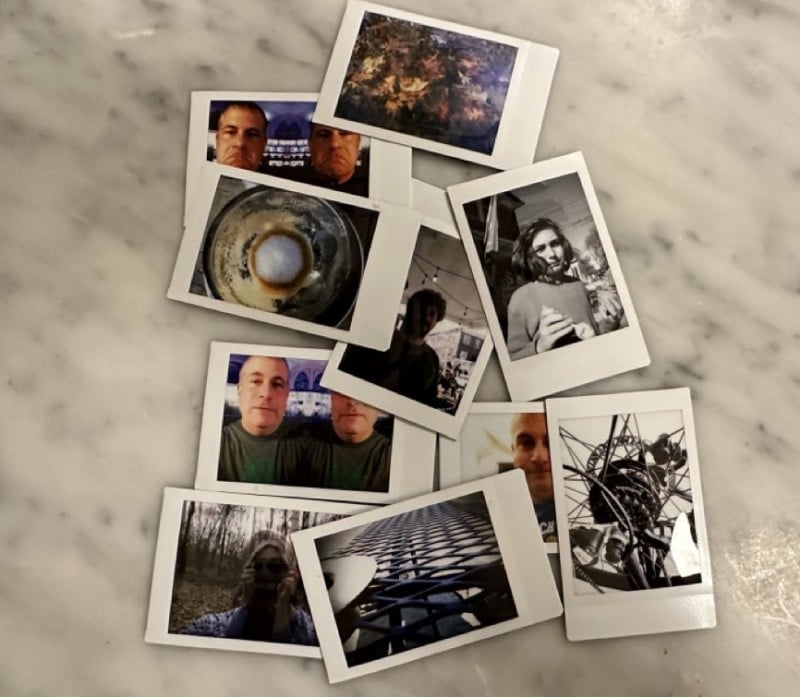 The Fujifilm Instax mini EVO is a lot more expensive than the company’s all-analog cameras, but it’s far more helpful. One of the reasons film photography is regaining popularity is that the format encourages creativity. Having grown up watching films, the only thing that scares me when I think about filming is. But in contrast, the Fujifilm Instax mini EVO gives me a boost in creativity and takes my creative vision somewhere else than the technically perfect lenses and cameras I shoot on a regular basis. 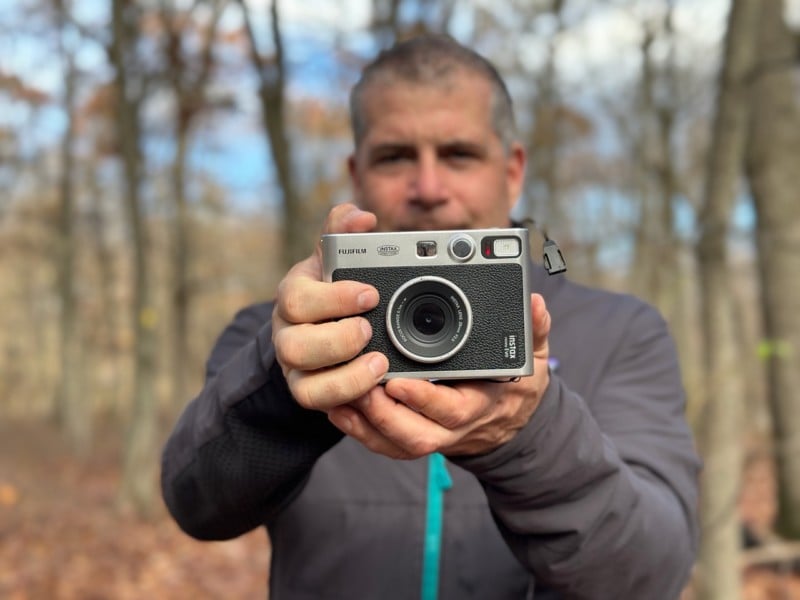 While it won’t be for everyone, for $200 I find it an excellent device for creative expression, and the ability to make people happy when they get prints is worth every penny.

Disclaimer: David Schloss was previously responsible for media relations at Sony’s Alpha Public Relations agency. While this makes him more familiar with the system, his opinion is his own, supported by the PetaPixel editorial team, and not biased for or against the company. Schloss has over 20 years of journalism experience prior to Sony and takes his integrity seriously.