“My photos will last at least 200 years,” says photographer Bill Hao, “but will the beauty in the photos still be there?”

In the age of cellphone cameras and Instagram filters, photography has never been more accessible or easier to produce. But photographer Bill Hao takes a much more difficult – and older – route to capturing the beauty of the Canadian Rockies.

Up until the COVID-19 pandemic, Hao ran a travel company for 17 years, a time when he was forced to photograph the Rockies. He now devotes all his time to the craft, using a 19th-century photo developing process called “collodion wet plate photography.”

The process requires on-site photography and development, and to pull this off, Hao converted a 50-seat tour bus into a mobile darkroom big enough to house the antique camera he built from scratch.

In 2015 he started creating wet plate photos after learning about it from old books and the internet. He started out a little smaller – his portable darkroom consisted of a collapsible wooden crate that could be used for both the development process and to transport materials. He then upgraded to a Dodge minivan with the back two rows of seats removed before finally switching to the bus last summer after eight months of work. 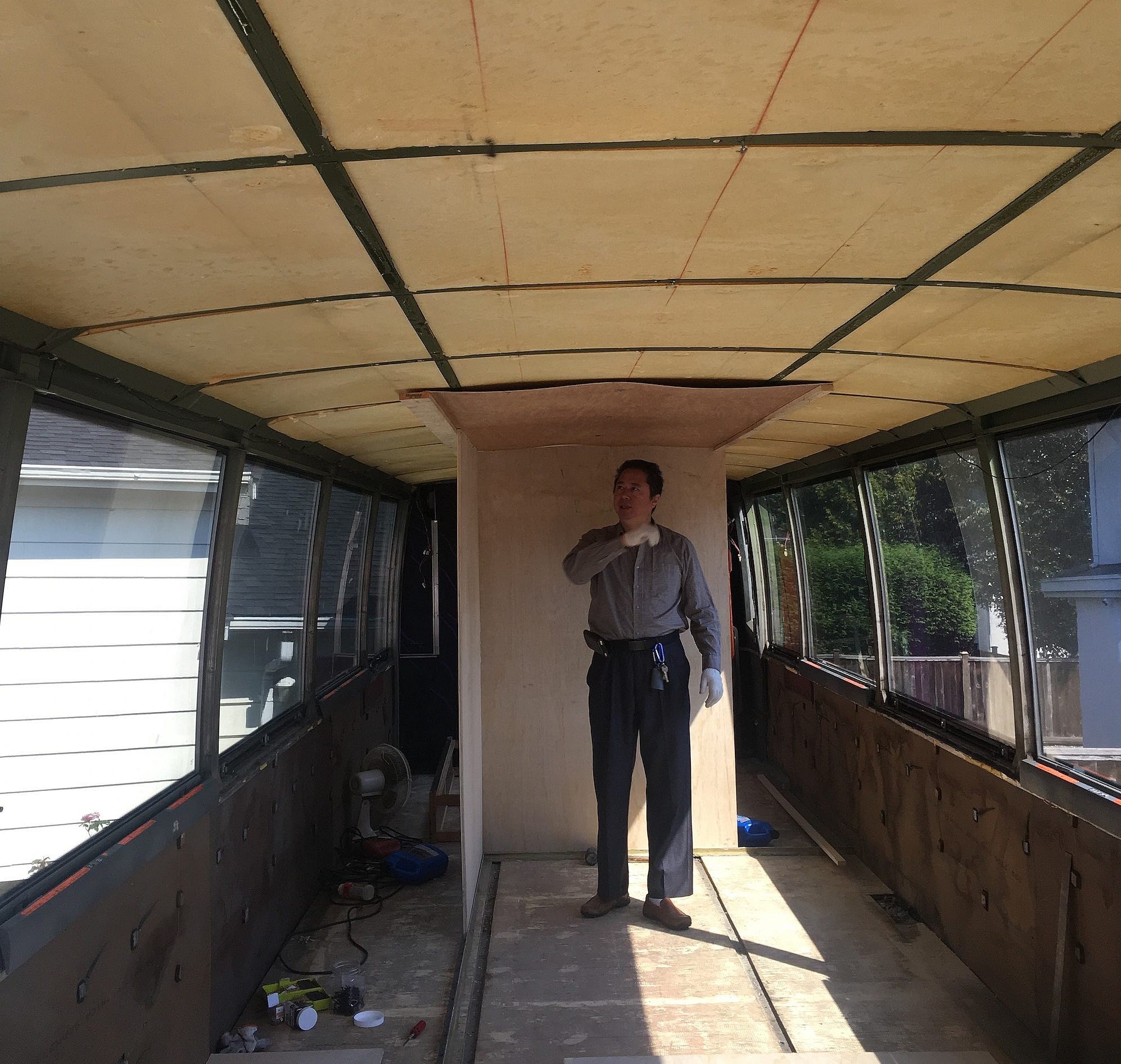 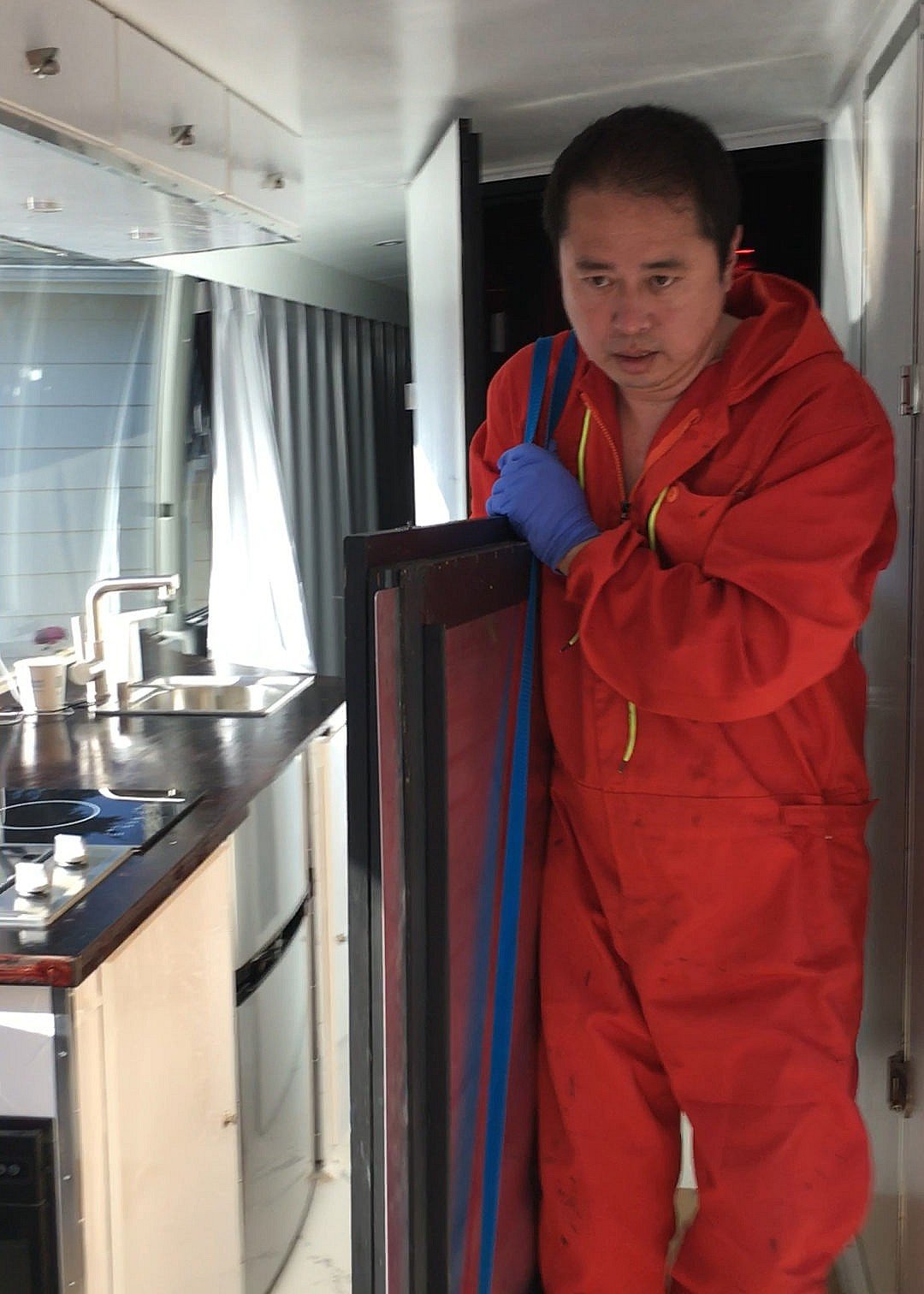 Hao’s renovations included separating the darkroom from the rest of the bus, adding water tanks, a sink, a water hose connected to an electric pump, and red lights that allow him to see what he’s doing in the darkroom , without ruining his photos during development. He also had to build large developing bowls to infuse the necessary chemicals into the glass panes he uses. To create a collodion wet plate photo, you must maneuver a glass or metal plate between several chemicals, then to the camera, and then back to more chemicals in a matter of minutes. 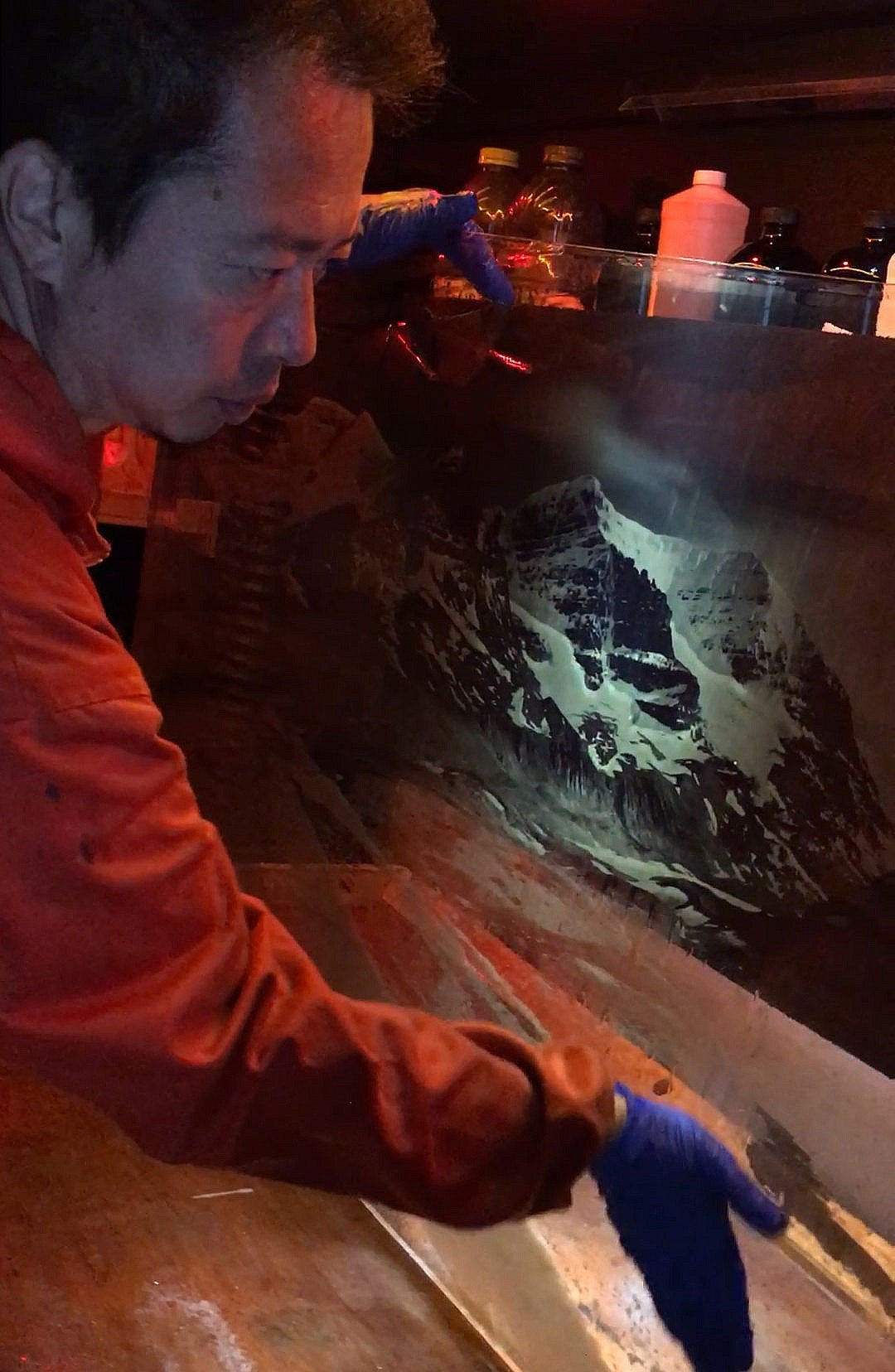 Hao first sets up his camera, which because of its size rests on three tripods instead of just one, and adjusts the focus. Then, in his darkroom, he coats a piece of glass with collodion, a clear, syrupy mixture of raw cotton and nitric and sulfuric acids, iodide, and bromide dissolved in ether and alcohol. Next, he dips the glass in silver nitrate, which binds to iodide and bromide, forming a photosensitive layer. He then places it in the camera, where the lens cap is simply removed and reattached to expose the photo, rather than pressing a button to activate the shutter. He takes the glass back to the darkroom, where it is placed in two different chemical solutions: first a developer, which turns the parts of the glass exposed to light silver, followed by a fixer, which permanently fixes the image to the glass. Finally, he rinses the glass with water. This entire process needs to be completed within about 15 minutes before the glass dries. 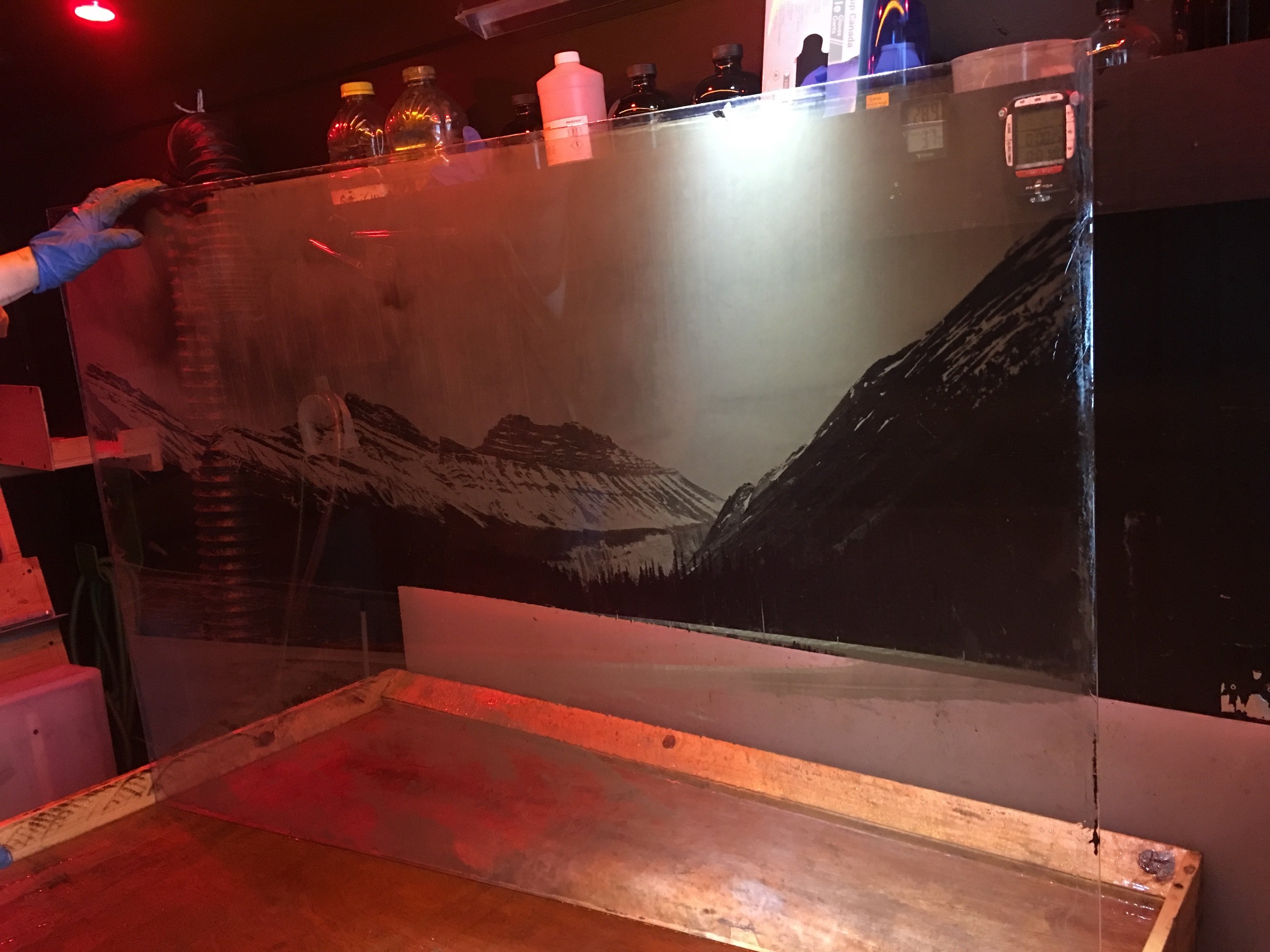 Unlike a film negative, which can be scanned and printed multiple times and at different sizes, wet plate photographs cannot be enlarged or copied. The glass that Hao puts in the camera becomes the actual photo. “I have to build a bigger camera if I want to get a bigger picture,” he explains, why he shoots in ultra-large format to capture the details of the landscapes he wants to preserve in his photos. 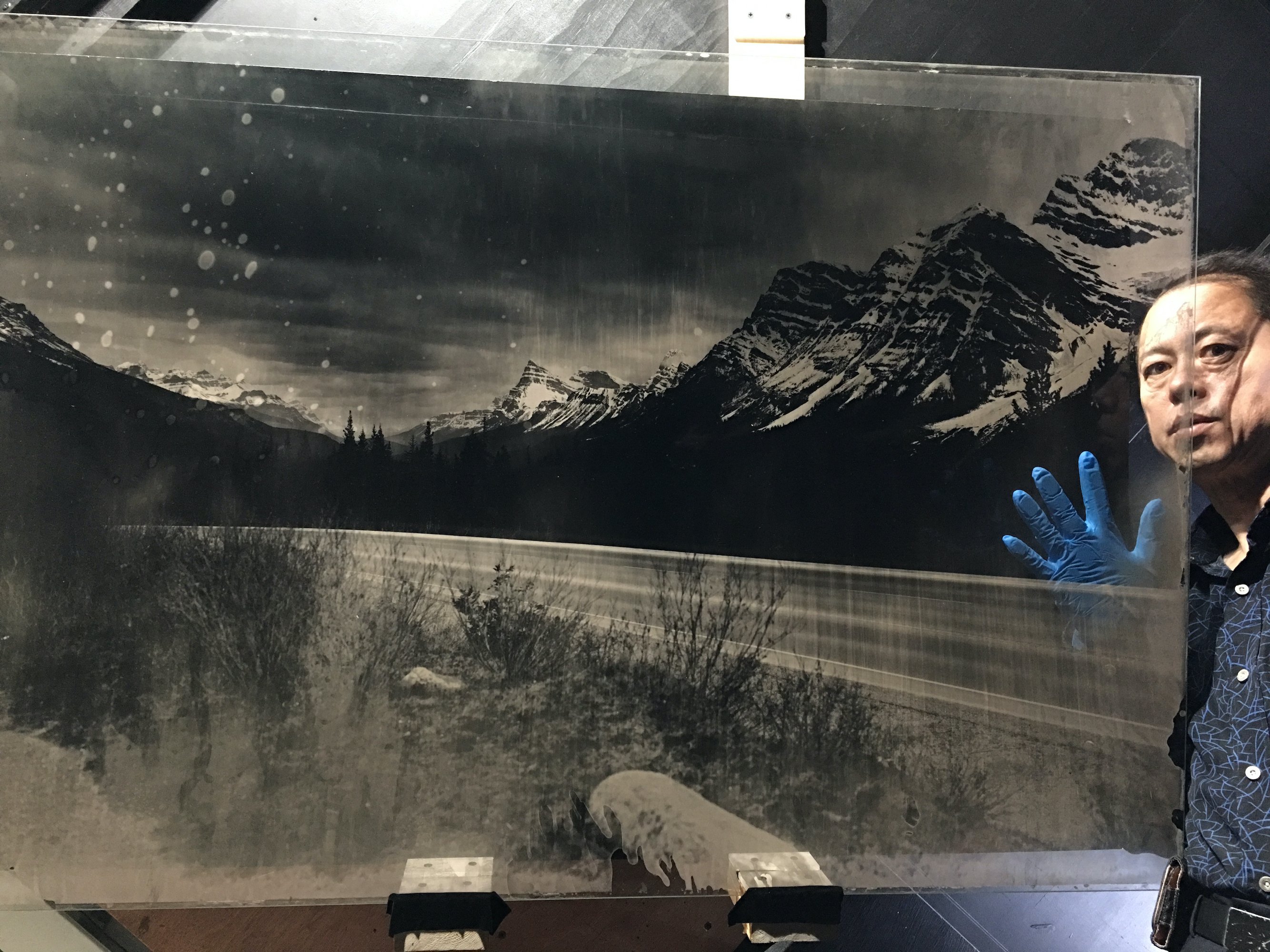 Though Hao’s current focus is on the Rocky Mountains, he says he’d love to someday photograph Yosemite National Park like his idol Ansel Adams, as well as Atlantic Canada and even Europe (although transporting his gear there would be nearly impossible). He would like to continue exhibiting his work in the future, although navigating the art and gallery world has not been easy, especially as he spends a lot of time off the grid in the great outdoors.

The massive amount of time and effort it takes to create wet plate photos is worth it to Hao for the striking, shimmering effect of the silver particles that make up each image and the amount of creative control he can have .

“I can participate in the whole process, from making the negative to completing a photograph, which requires a lot of physical and chemical knowledge, as well as a lot of artistic and aesthetic knowledge,” he says. He is inspired by the photograph of a natural landscape threatened by modern industry. “My wet plate photos last at least 200 years,” he says. “But will the beauty still be there in the photos?” 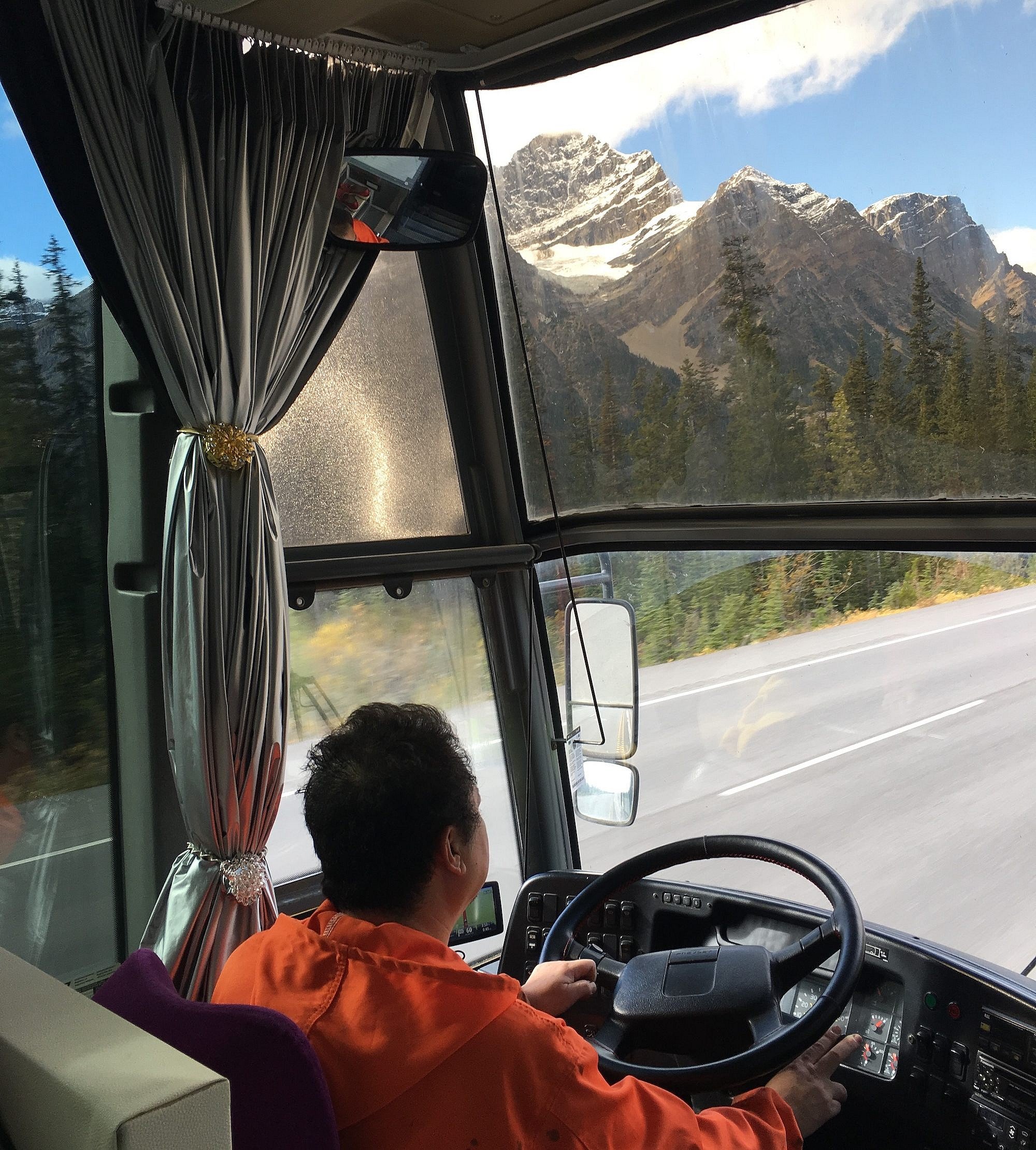