Launched in collaboration with Idara-e-Taleem-o-Aagahi [ITA] and the US Consulate General Karachi, this is the initiative’s third funding and mentoring program, Stories from Southern Pakistan. It will include mentoring from filmmakers based in the US and Scotland.

Patakha Pictures was created to empower and support a new generation of Pakistani women filmmakers who wish to create engaging films that reflect and question their society on issues such as women’s empowerment, violence against women and minorities, arts, culture, climate change and peace. Building.

This is the third grant, Stories from Southern Pakistan, where 20 aspiring filmmakers working in pairs will receive a grant of up to PKR 1 million per pair to create 10 short documentaries (10-20 minutes long). As part of the mentoring process, Patakha Pictures will support, nurture and develop the grantees’ creative skills and enable the grantees to reach new local and international audiences through their work. 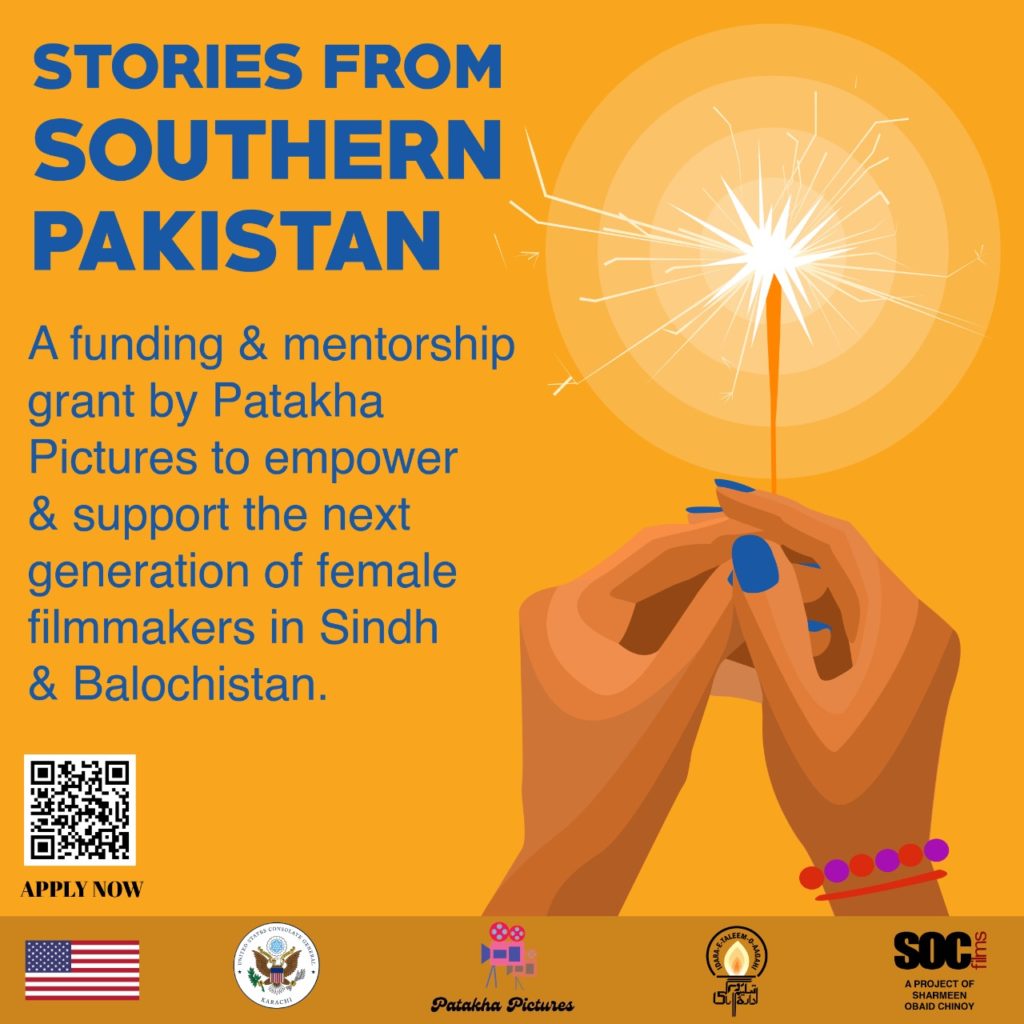 The first grant was launched in February 2022, with 10 female filmmakers working in pairs for 12 weeks to develop their creative skills and create 5 short films. All of these films are currently screened at global film festivals, with two films winning international awards.

For the second grant, a documentary filmmaker was selected as a Taiwan Pitch Pakistan Fellow grantee and received a $10,000 grant to attend the “Talent Village” workshop in Taiwan and create a short non-fiction film.

“I was very inspired by the success of Patakha Pictures’ funding programs, especially as many of our scholarship recipients’ films are shown and awarded internationally. So, at this groundbreaking point, I am very proud to launch our third and largest grant program for women filmmakers in Pakistan. We know that this funding is crucial for filmmakers to achieve their filmmaking dreams, and this time we are making a special effort to recruit women from smaller towns and villages in Sindh and Balochistan,” Sharmeen Obaid-Chinoy said in a press statement.

Interested female filmmakers residing in Sindh and Balochistan can apply for this program at: https://socfilms.com/index.php/patakha-pictures/. Applicants must apply in pairs. The application phase runs from November 6th to 25th, 2022. 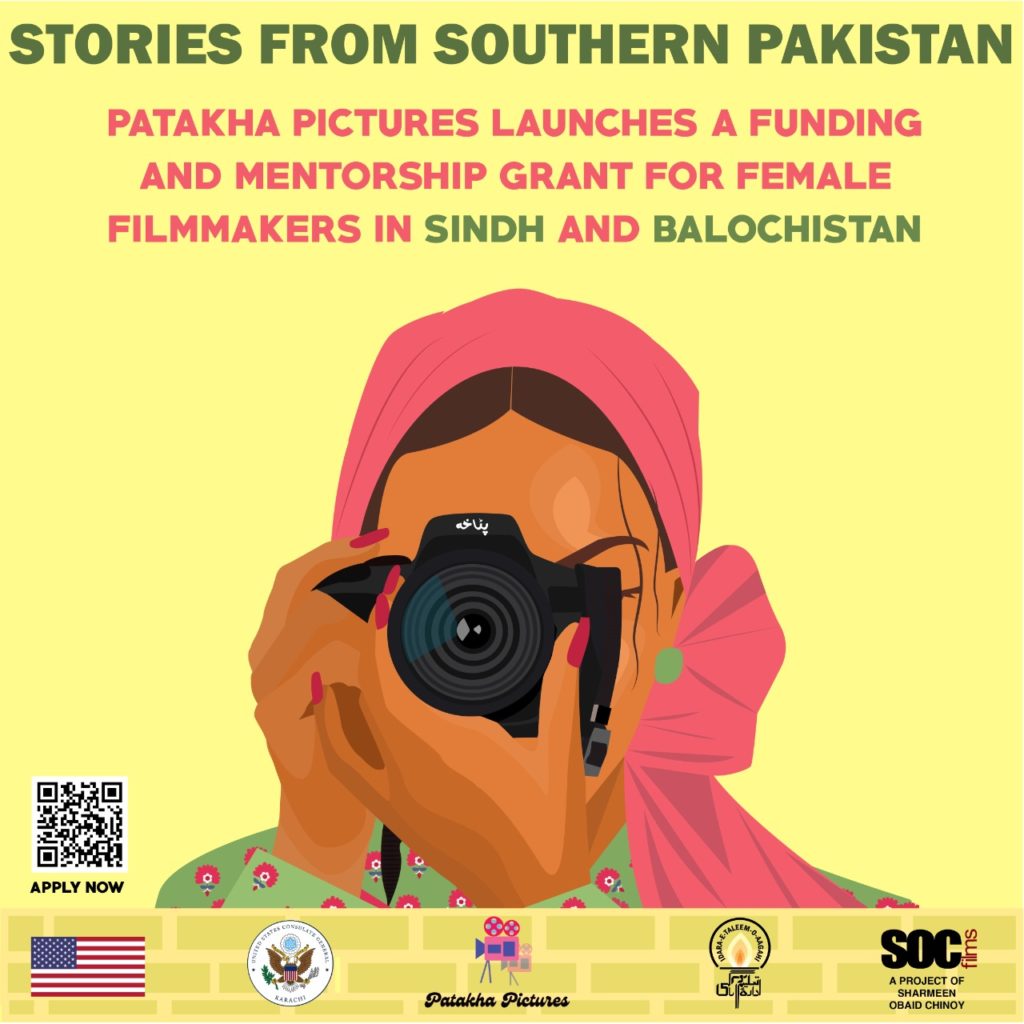 The training program will take place from January to August 2023 with virtual workshops taking place twice a month. The workshops consist of a mixture of seminars and consultant-led consultation sessions by international experts. This mentorship will include sessions covering but not limited to storytelling, narrative and character development, directing, sound design and editing, followed by meeting in Karachi for an intensive week to review the editing of the films with a closing event to conclude in September 2023, which will celebrate and mark the successful completion of the production of films by our grantees.

“Gender equality is about creating transformative skills for emerging female filmmakers from Pakistan; those chosen on open merit have unique opportunities to visualize and share stories inside and outside the borders and to encourage excellence and creativity; this would not have been possible without the generous support of the US Consulate General in Karachi and the ever-vibrant partnership of Sharmeen Obaid-Chinoy,” said Baela Raza Jamil of Idara-e-Taleem-o-Aagahi.

“We are pleased to announce another initiative by the U.S. Mission to Pakistan to develop the capacity of the film industry in Pakistan with the aim of promoting women’s empowerment and driving economic growth while enhancing cultural ties between the two countries to improve. This project is a great way to discover the true potential and talent in this country. The United States is a great market for Pakistani media, and by educating more filmmakers, we want to empower more Pakistanis to tell the story of this beautiful country and strengthen our people-to-people connections,” said Public Diplomacy Officer, Anastasia Kolivas of the U.S. Consulate in Karachi.

This project was funded [in part] through a grant from the US Department of State. Patakha Pictures is an initiative of SOC Films.